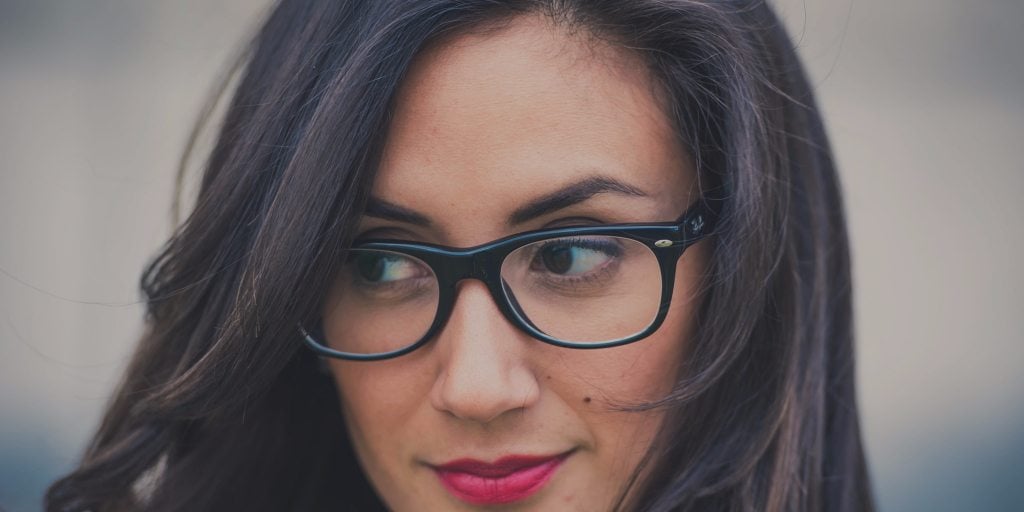 Sapiosexuality: Why some of us are attracted by intelligence

What do you find sexy or attractive in a person?

From looks, personality, to hobbies and interests, there are plenty of things that attract us to someone. Couple those things with sexual preferences – straight, gay, bisexual, pansexual, and we have so many terms to help us navigate our way through relationships and sexuality.

One such label has gained some attention and sparked a lot of debate – sapiosexuality.

What does this word mean and why is it so controversial?

Sapiosexuals are those who see intelligence as the most attractive trait in a person.

The brain is a big turn on for sapiosexual people. In fact, they believe that the brain is the largest sex organ.

They get aroused and excited by a person’s insights rather than physical features. For sapiosexual individuals, foreplay is all about having psychological, political or philosophical discussions.

Having a partner who has an inquisitive and irreverent mind is an absolute must in their romantic relationships.

Physical attributes are attractive for sure. There’s no use denying that.

But they do not last for long. Intelligence, however is a lasting feature and continues to increase with knowledge and information. For a sapiosexual, there’s a lot of fulfillment in a conversation that’s engaging.

And because they think that the mind is sexier than the body, physical appearance is secondary to them.

Are you a sapiosexual?

If you identify as a sapiosexual, this world of instant matches and quick hookups may not be for you.

Simply put, a sapiosexual someone who cannot be attracted to someone unless they first develop an emotional connection.

Does this sound like you? asexuality.org explains it in more detail:

“A sapiosexual is a person who does not experience sexual attraction unless they form a strong emotional connection with someone. It’s more commonly seen in but by no means confined to romantic relationships. Nevertheless, this term does not mean that sapiosexuals have an incomplete or half-sexuality, nor does it mean that sexual attraction without emotional connection is required for a complete sexuality.

“In general, demisexuals are not sexually attracted to anyone of any gender; however, when a sapiosexual is emotionally connected to someone else (whether the feelings are romantic love or deep friendship), the sapiosexual experiences sexual attraction and desire, but only towards the specific partner or partners.”

Science backs it up

Scientists have confirmed that there are many reasons that interlink attraction and intelligence.

According to a University of New Mexico study, for example, men who have higher IQ tend to be more virile and produce healthier sperm. So when it comes to evolution, women are likelier to select intelligent men, as a subconscious way of having better chances at reproduction.

In another report by Lovehoney – an adult sex toy retailer – there is apparently a strong interlink between sex drives and intelligence. On the basis of sales data, it has been derived that Russell Group of Elite universities and their students have higher sex drive than others. The data proves that smart people have a higher sex drive than their counterparts – but it does not suggest that the former have more sex in the process.

But ultimately it is all about substance. A smart person is well-aware of the fact that substance has a long way to go. And this is the sole reason why most sapiosexuals are aloof and loners.

Sapiosexuals don’t only have high intellectual standards for their romantic partners. They also have the same preferences with platonic relationships. Their social group also consists of highly-intelligent people. Superficial friendships don’t cut out for them.

So what’s the bottom line? How do you know if you are a sapiosexual? Read these six signs and see if you can relate.

1. Your past romantic relationships began with friendship.

Sapiosexuals don’t fall in love instantly. Because they are not attracted to looks, it takes a while for them to fall in love with someone.

This is why most of the time, your relationships will probably start with friendship. You first need that deep and meaningful bond. At least some time needs to pass for you to establish an intellectual connection with someone special.

However, you tend to skip the excitement of the honeymoon phase. You end up falling in love with someone you already know and are completely comfortable with. So one of the downsides in your relationships is having to spice things up or to create a feeling of excitement.

[Not only does Buddhism provide a spiritual outlet for many people, it can also improve the quality of our relationships. Check out our new no-nonsense guide to using Buddhism for a better life here].

First dates barely tell you anything substantial. Moreover, first dates tend to be light, and the conversation focuses on unsubstantial topics.

You will need more than one date to determine if you have any intellectual or deep emotional connection with someone. The things that you find attractive may take a longer time to surface.

3. You can still feel physical attraction, but it’s not really a big deal.

Just because intelligence is the most important thing for you doesn’t mean you don’t get physically attracted to people. You’re not blind. You can still find someone gorgeous. It’s just that it’s not the only thing you’re looking for.

For you to really be attracted to someone, you need to look beyond how they look like.

For you, actually liking someone is a big deal. Why? Because you don’t just like anyone. It means that when you do – it’s because this person really intrigues you in a special way.

Liking someone isn’t something that just happens to you a lot. In fact, it very rarely does. You have only been truly attracted to a handful of people in your life. So when you do, it’s bound to be something serious.

5. Your friendship can sometimes get complicated.

Since your relationships likely start in friendship, it can get really confusing for you.

When you are friends with someone you are attracted to, boundaries become blurry. At first, everything is platonic, But after a while, once you start getting to know someone, you start finding them attractive too.

You realize that you like the way they think. The problem is, you’re only friends. Sometimes you’re not sure if the other person wants to be more. So you end up being torn. It complicates your friendship. And end up maybe losing your friend for good.

6. People think you’re a stuck-up or a prude.

Sex for a sapiosexual can’t just be casual. You’re likely not hooking up with many people. And you’ve probably only been with a few in the past. Because of this, people might think you’re a prude.

Additionally, your preference for an intelligent partner boggles everyone else. They think your standards are too high. They call you picky and unreasonable.

But not everyone is going to understand your standards. For you, it’s just like how everybody becomes attracted to looks. Your tastes are just a little bit different. And that certainly affects your dating lifestyle.

Being a sapiosexual does not make you entitled or classist.

Most of the debate surrounding sapiosexuality argues that being attracted to a person’s intelligence isn’t a sexual preference – it just makes one classist, entitled, and elitist.

But since we all have our own preferences, why can’t intelligence be one?

There is absolutely nothing wrong with being majorly attracted to a person’s ability to think. As this article suggests, it’s actually biologically natural for you to want an intelligent partner. It’s part of our evolution.

Plus, it means you get to have interesting conversations with your partner forever. There will be no boring moments. Who doesn’t want that?