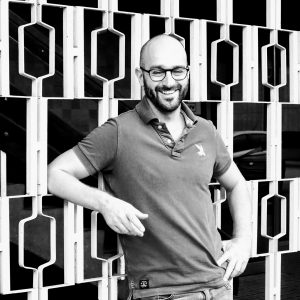 Kevin Majeres is a psychiatrist specializing in cognitive-behavioral therapy and is a faculty member of Harvard Medical School.

Writing in a blog post, Majeres breaks down how the brain works and what happens during repeated exposure to pornography.

Majeres begins with the mating patterns discovered in rats:

“Scientists have discovered that if you place a male rat in a cage with a receptive female, they will mate; but once done, the male rat will not mate more times, even if the female is still receptive. He loses all sexual interest. But if, right after he finishes with the first female, you put in a second receptive female, he will immediately mate again; and again a third, and so on, until he nearly dies. This effect has been found in every animal studied. This is called the Coolidge effect.”

Pornography’s power comes from the way it tricks the man’s lower brain. One of the drawbacks of this region is that it can’t tell the difference between an image and reality. The same processes are kicked off.

The problem with pornography is that it offers men an unlimited number of supposedly willing females. Every time the man sees a new potential partner, even if on a computer screen, it gets his sex drive going again.

Here’s what Majeres has to say about the role of dopamine in this process:

“Dopamine is the drug of desire – when you see something desirable, your brain pours out dopamine, saying “Go for it! Do whatever it takes!” Dopamine fixes your attention on that desirable object, giving you your power of concentration…

“So when someone clicks and sees a new pornographic image, his lower brain thinks this is the real thing, this is the lady he must win over with all his might, and so he gets an enormous dopamine flood in his upper brain, causing a wild amount of electrical energy.

“This first exposure to a new female who is a potential mate wasn’t something that happened a lot to our ancestors; maybe only once in their lives; so the brain thinks this is a big deal. It doesn’t know that now the game has completely changed: it doesn’t understand that these are virtual females only; so with each new one it causes another flood of dopamine, time after time, click after click, as long as he continues. It’s a dopamine binge.”

“So as guys keep gaming the dopamine system, they start to find that they have to use pornography for longer and longer periods to have the same effect, and they have to visit more and more sites.”