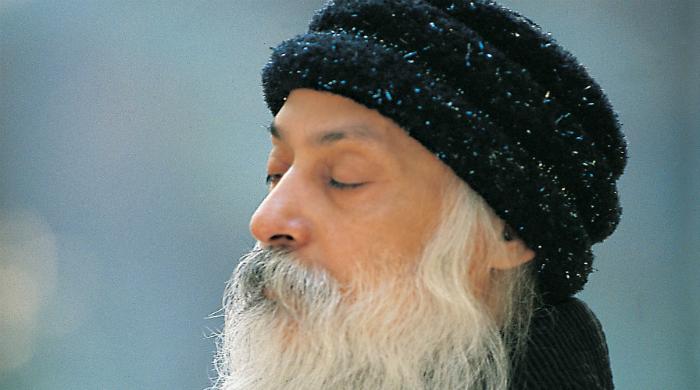 Zen master explains why men and women can never be friends

Have you ever wondered why it’s so difficult for men and women to be friends?

The world has now changed and that’s a good thing. But research suggests that even in modern times, platonic friendships happen rarely. Someone always wants to bring romance into the equation.

The spiritual guru Osho has an interesting perspective on why it’s so difficult for men and women to be friends. He believes the problem has come about because “friendship is not possible between the jailer and the prisoner.”

Read on to explore what Osho means by this. In Osho’s words:

It is very simple to understand. Marriage is the ugliest institution invented by man. It is not natural; it has been invented so that you can monopolize a woman. You have been treating women as if they were a piece of land, or some currency notes. You have reduced the woman to a thing. Remember that if you reduce any human being to a thing — unaware, unconscious — you are also being reduced to the same status; otherwise, you will not be able to communicate. If you can talk with a chair, you must be a chair. 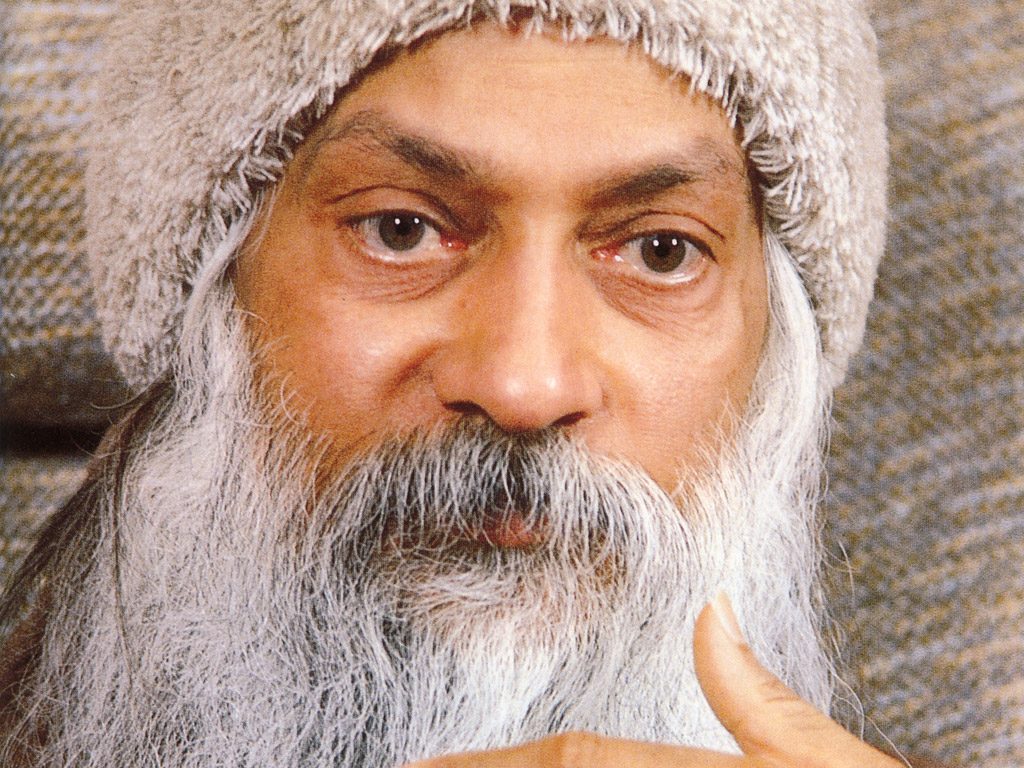 Marriage is against nature. You can be certain only of this moment that is in your hands. All promises for tomorrow are lies — and marriage is a promise for your whole life, that you will remain together, that you will love each other, that you will respect each other till your last breath. And these priests, who are the inventors of many ugly things, say to you that marriages are made in heaven. Nothing is made in heaven; there is no heaven. If you listen to nature, your problems, your questions will simply evaporate.

The problem is that it’s not natural to be attracted to the same person forever, and yet the institution of marriage ends up creating lies where people need to pretend otherwise. As Osho says:

Lovers don’t deceive each other, they are saying the truth — but that truth belongs to the moment. When lovers say to each other, “I cannot live without you,” it is not that he is deceiving or she is deceiving, they mean it. But they don’t know the nature of life. Tomorrow this same woman will not look so beautiful. As days pass, the man and the woman both will feel that they are imprisoned. They have know each other’s geography completely. First it was an unknown territory to be discovered, now there is nothing to be discovered.

And to go on repeating the same words and the same acts looks mechanical, ugly. That’s why passion turns into hate. The woman hates you, because you are going to do the same thing again. To prevent you, the moment the husband enters the house she goes to bed, she has a headache. She wants somehow not to get into the same rut. And the man is flirting with his secretary in the office; now she is an unknown territory. To me, it is all nature. What is unnatural is binding people in the name of religion, in the name of God, for their whole life. 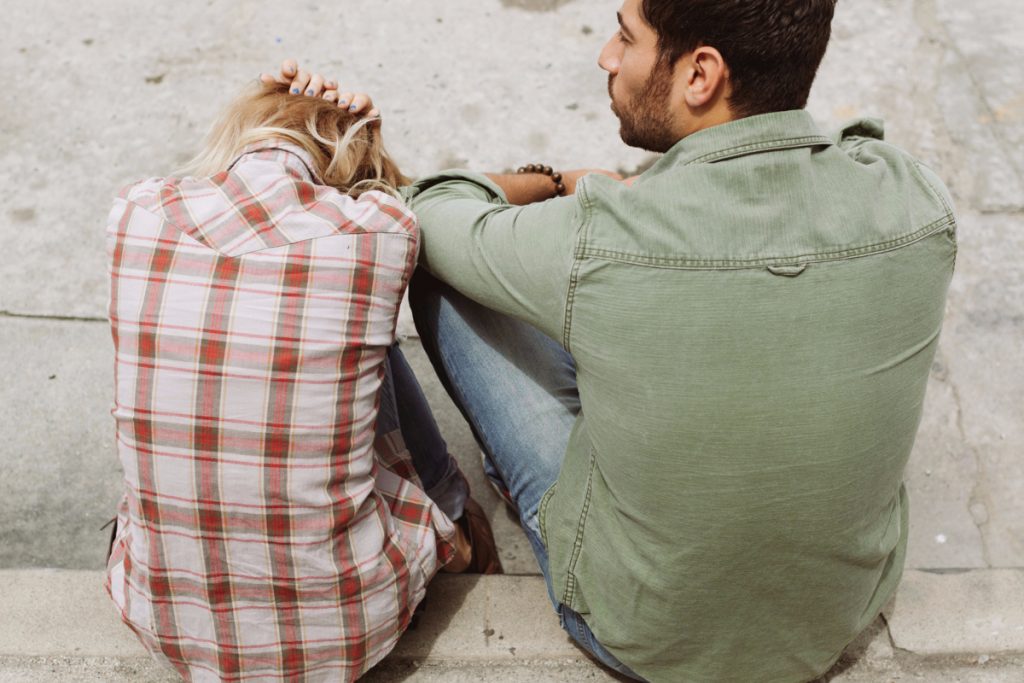 It doesn’t need to be this way. We could create world where marriage wasn’t based on a contract.

In a better, more intelligent world, people will love, but will not make any contracts. It is not a business! They will understand each other, and they will understand the changing flux of life. They will be true to each other. The moment the man feels that now his beloved holds no joy for him, he will say that the time has come to part. There is no need for marriage, there is no need for divorce. Then friendship will be possible. You ask me why friendship is not possible between men and women…. Friendship is not possible between the jailer and the imprisoned.

Friendship is possible between equal human beings, totally free from all bondage of society, culture, civilization, only living true to their authentic nature. It is not an insult to the woman to say, “Honey, the honeymoon is over.” It is not an insult to the man if the woman says, “Now things cannot be beautiful. The wind that has blown is no longer there. The season has changed, it is no longer spring between us; no flowers blossom, no fragrance arises. It is time to part.” And because there is no legal bondage of marriage, there is no question of any divorce.

It is ugly that the court and the law and the state interfere in your private life — you have to ask their permission. Who are they? It is a question between two individuals, their private affair. There will be only friends — no husbands, no wives. Of course, if there is only friendship, passion will never turn into hate. The moment you feel passion disappearing, you will say good-bye, and it will be understood. Even if it hurts, nothing can be done about it — it is the way of life.

But man has created societies, cultures, civilizations, rules, regulations, and made the whole humanity unnatural. That’s why men and women cannot be friends. And men and women either become husbands and wives — which is something absolutely ugly; they start owning each other…. People are not things, you cannot have ownership. If I feel your wife is beautiful, and approach her, you are angry, you are ready to fight because I am approaching your property. No wife is anybody’s property, no husband is anybody’s property.

What kind of world have you created? People are reduced to properties; then there is jealousy, hatred. You yourself know that you are attracted to the neighbor’s wife; naturally, you can guess about your wife too. Your wife knows perfectly well she is attracted to somebody else, but she cannot approach that person because of the husband: he is standing there with a gun! Love is bound to turn into hate, and for the whole life the hate goes on accumulating. And out of this hatred do you think beautiful children are going to be born?

They are not born out of love, but out of duty. It is the wife’s duty to allow you to use her. To tell the truth, there is no difference between wives and prostitutes. The difference is just like the difference between having your own car or going in a taxi. A prostitute is purchased only for a few hours; wives are a long-term affair, it is economical. Royal families are not allowed to marry outside royal blood: status, money, power….

According to Osho, man has created a society in which friendship between man and woman is impossible:

Remember, friendship is so valuable that whatsoever the consequence, remain friends even with your wife, even with your husband, and allow absolute and total freedom to each other. I don’t see any problem. If I love a woman, and one day she says that she has fallen in love with somebody else and feels very happy, I will be happy. I love her, and I would like her to be happy — where is the problem? I will help her in every way so that she can be more happy. If she can be more happy with somebody else, what hurts me? 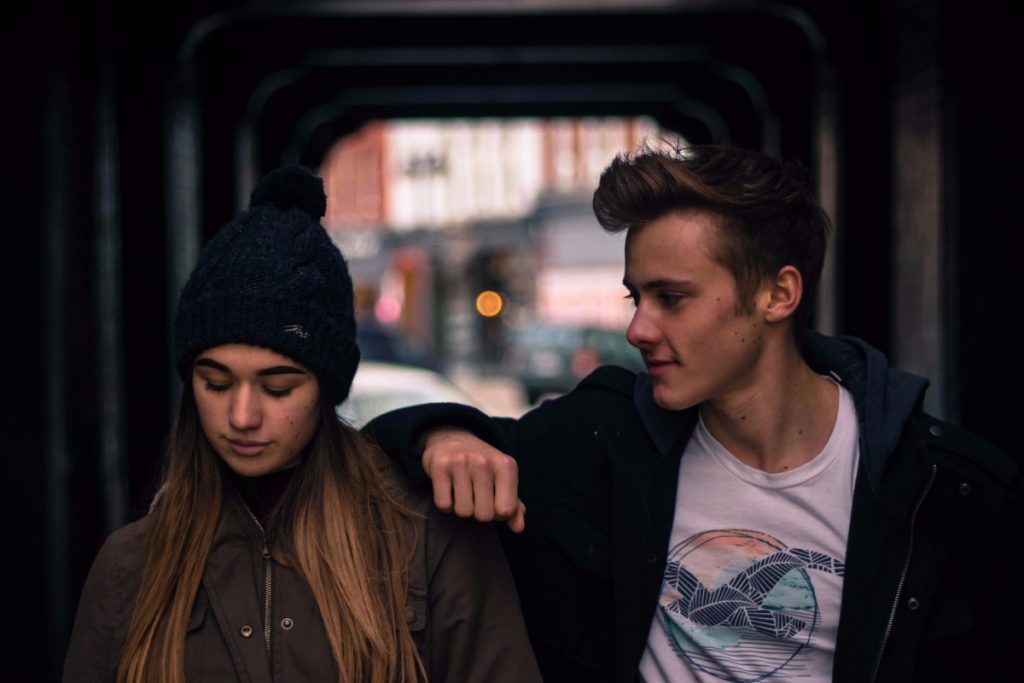 It is your ego that hurts: she has found somebody else who is better than you. It is not a question of better, it may be just your chauffeur — it is just a question of a little change. And if you give full freedom to each other, perhaps you can remain together for your whole life, or for the whole eternity, because there is no need to get rid of each other. Marriage creates the need to get rid of each other, because it means freedom is taken away — and freedom is the highest value in human life.

People are becoming imprisoned, chained; they lose all their joy, life becomes a drag. So this is my parting advice to you,” I said, “Never try to cling to a person for your whole life.” If two persons are willingly together today, it is more than enough. If tomorrow again they feel like being together, good. If they don’t, it is their personal affair; nobody has to interfere.

And if you see your woman tomorrow hugging somebody else, there is no need to be jealous. She is being enriched, she is tasting a little newness — just the way you go sometimes to a Chinese restaurant! It is good. You will come back to your own food, but the Chinese restaurant has helped you; you may relish your own food more. But after a few days, again — that’s how the mind is — you are moving towards an Italian restaurant… spaghetti. I cannot even tolerate somebody eating spaghetti in front of me!

But that is my problem. Life is so simple and so beautiful, just one thing is missing: freedom. If your wife is being with some other people, soon she will come back to you enriched, with new insight. And she will find something in you she had never found before. And meanwhile, you need not just sit down in your chair and beat your head. You also gain experience, so that by the time your woman is back you are also new. You have also been to the Chinese restaurant. Life should be a joy, a rejoicing. And then only can there be friendship between men and women; otherwise, they are going to remain intimate enemies.

NOW READ: The best countries to live in and build your dream life