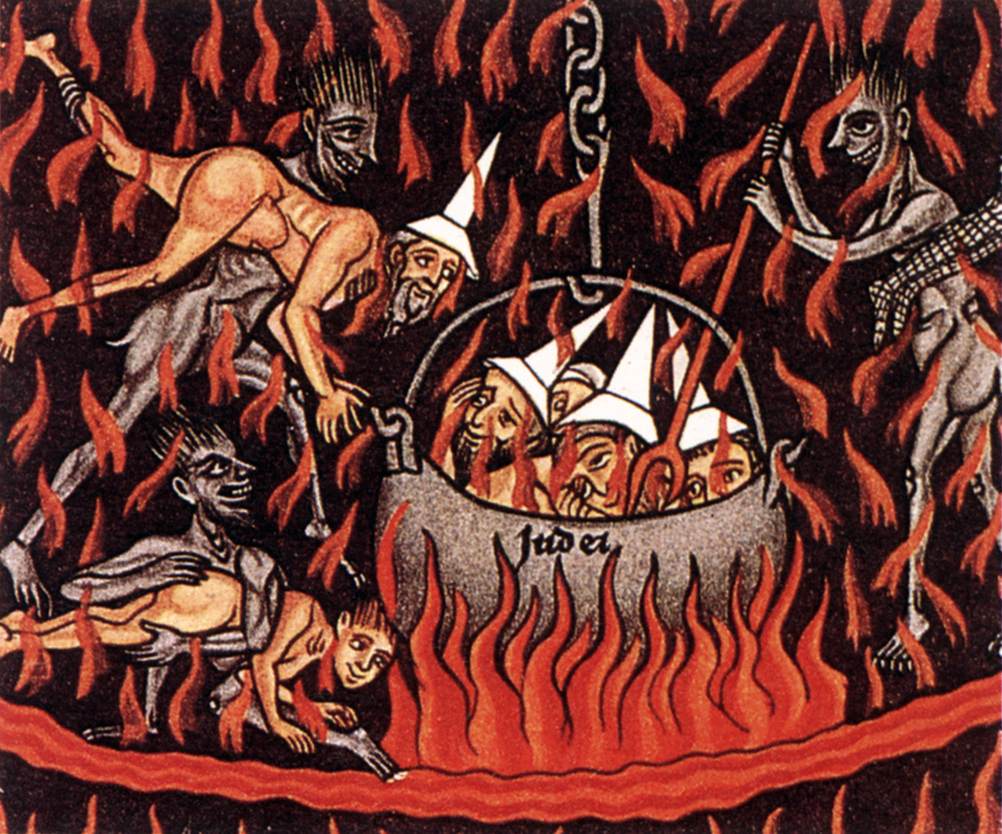 Can you think of anything more tragic than an innocent person landing in prison? One shudders to think of the many people wasting away unnecessarily because they were found guilty of a crime they didn’t commit. It doesn’t bear thinking about. Yet, even in modern societies with advanced criminal justice systems, the accused still too often becomes the prisoner without being guilty as charged.

Would you credit the European courts of the Middle Ages with having had a fool-proof system to get to the innocence or guilt of an accused? It was a system as cruel as it was brilliant.

For more than 400 years, between the 9th and the early 13th centuries, in difficult criminal cases, when ‘ordinary’ evidence was lacking, the European legal systems asked God to inform them about defendants’ innocence or guilt. The method they used to get their answer: judicial ordeals.

Peter T Leeson, professor of economics and law at George Mason University in Virginia published an article in the Journal of Law and Economics in 2011 in which he argues that medieval judicial ordeals were actually very effective at establishing guilt or innocence. He explains the brilliance of the system in an article for Aeon.

It was cruel. Judicial ordeals were really just that: ordeals.

Among the most popular were the ordeal of boiling water and the ordeal of burning iron. In the former, the defendant plunged his hand into a cauldron of boiling water and fished out a ring. In the latter, he carried a piece of burning iron several paces. A few days later, the defendant’s hand was inspected: if it was burned, he was guilty; if not, he was innocent.

The judicial ordeals were administrated and adjudged by priests, in churches, as part of special masses. During such a mass, the priest would ask God to reveal the innocence or guilt of the defendant, with harm to the body indicating guilt. In those times people believed that the ordeals were iudiciua Dei – ‘judgments of God’.

But how could this possibly work? Surely, anybody putting their hand in boiling water would have a severely burnt hand, thus indicating guilt? How could a poor bugger ever proof his innocence?

But they did. The system worked. It’s uncanny.

Suppose you’re a medieval European who’s been accused of stealing your neighbor’s cat. The court thinks you might have committed the theft, but it’s not sure, so it orders you to undergo the ordeal of boiling water. Like other medieval Europeans, you believe in iudicium Dei – that a priest, through the appropriate rituals, can call on God to reveal the truth by performing a miracle that prevents the water from burning you if you’re innocent, letting you burn if you’re not.

If you undergo the ordeal and God says you’re guilty, you have to pay a large fine. If He says you’re innocent, you’re cleared of the charge and pay nothing. Alternatively, you can avoid undergoing the ordeal by confessing to having stolen the cat, in which case you pay the fine, but reduced for having admitted your guilt.

What will you do?

Suppose you’re guilty: you know you stole your neighbour’s cat, and so does God. In this case, you expect that if you undergo the ordeal, God will let the boiling water burn you, evidencing your guilt. Thus, you’ll have to pay the large fine – and your hand will be boiled to rags to boot. In contrast, if you confess, you’ll save a bit of money, not to mention your hand. So, if you’re guilty, you’ll confess.

Now suppose you’re innocent: you know you didn’t steal your neighbour’s cat, and again so does God. In this case, you expect that if you undergo the ordeal, God will perform a miracle that prevents the boiling water from burning you, evidencing your innocence. Thus, you won’t have to pay any fine – and you’ll keep your hand intact. This is better than if you confess to stealing the cat, in which case you’d have to pay a fine for a theft you didn’t commit. So, if you’re innocent, you’ll undergo the ordeal.

Did you catch the trick?

It all hinges on your belief in iudicium Dei, the specter of the ordeal leads you to choose one way if you’re guilty, namely confess and another way if you’re innocent, namely undergo the ordeal. Pretty nifty, don’t you think?

There’s just one catch: while only an innocent defendant will choose to undergo the ordeal, his hand is going to burn when he ticks it in the boiling water, which means he’s guilty to those around him.

By his choice, he’s proven his innocence, but it must still be proven by going through the ordeal! How is that accomplished?

Apparently “instruction manuals” for administering ordeals allowed medieval European priests ample opportunity to accomplish innocence by ordeal, so to speak, from manipulating the water temperature to keeping observers at a respectable distance from where the actual ordeal was taking place.