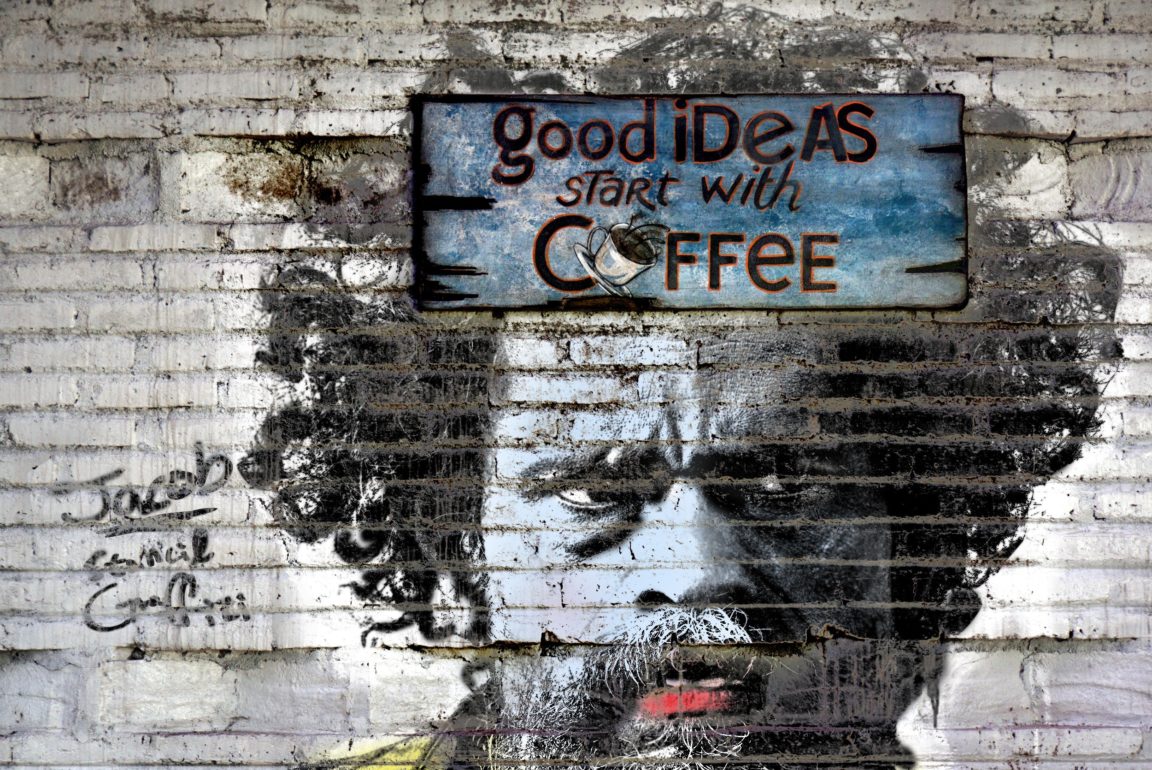 In the bigger scheme of things, “ideas” fuel innovation, progress, and change. It’s a tool for power, success, and fame. In fact, the world revolves around ideas.

But what does an “idea” mean to each of us? And how does it affect our own reality–and ultimately–the world?

Let’s explore the role of ideas, how they impact the world around us, and how you can apply it to your life.

What is an idea?

Ideas have the ability to form and define so much of our lives. Yet, it’s quite an amorphous term.

What does it really mean?

Perhaps the simplest and best definition is told by author Jim Powell:

“An idea, among other things, is a thought which guides a human action.”

An idea is what drives us before we take a step towards anything. It is armed with intent, even if it sometimes comes unintentionally.

Because an idea is a collection of thoughts that have already been brewing in our mind until they’re more concrete enough for action.

How are ideas formed?

An idea a human response to fulfilling a need.

But ideas are not solutions. Before it becomes anything close to an answer, it needs some work first.

“A solution is an idea that has already undergone the process of being evaluated, refined, and developed so you’re very close to bringing it to the world. An idea, by contrast, is closer to the wellspring of imagination. In the overall process, it is closer to the initial insight – the ‘aha’ moment.”

The importance of ideas

The day ideas stop forming is the day the world stops.

Ideas start a chain reaction of progress. What you see and read, you retain. What you retain has a bearing to what you read after that.

This continued holistic process is the reason why we all have unique perspectives and opinions.

In turn, our opinions shape our new ideas. Then they are realized by action.

According to Ash Amin and Michael O’Neill, authors of Thinking About Almost Everything:

“Ideas make the world, for they are the guide to future practice. Even the flimsiest ideas rooted in prejudice and ignorance make history and form public culture…Ideas, when mobilized, become the templates of thought and practice.”

The ideas we generate collectively affect the future of our reality and civilization.

The role of ideas in the political and cultural realm

Ideas, can, on a massive scale, affect the world. They have the unique ability to change the course of history.

“Many of the ideas that dominate history are often unspoken assumptions.

“For example, during the 19th century classical liberalism, ideas of limited government dominated.

“And so when countries came on the world stage, like Japan, they liberalized and opened up. Not because that was their original thought or deliberate choice, but that’s what everybody else was doing and it appeared to be successful. “

Ideas literally shape the world in this sense. Powell says that nations jump on an idea, not because “they dreamed it up.”

“Because they could see that’s what almost everybody else was doing. Those were the dominant ideas of the time.”

“We weaken our greatness when we confuse our patriotism with tribal rivalries that have sown resentment and hatred and violence in all the corners of the globe. We weaken it when we hide behind walls, rather than tear them down, when we doubt the power of our ideals, rather than trust them to be the great force for change they have always been.”

As much as ideas shape the world we live in, it is also the reason why we are in constant conflict with each other.

According to the 2017 PEW Research Center poll of 5,000 adults, the divide between partisans regarding national and international diplomacy, racial discrimination, immigration, among other things have significantly widened since the early 1990s.

Ultimately, our varied ideas result in the world’s polarization – two sides pitted against each other. Both convinced that their ideas are superior to the other.

“As commonly recognized, the public is split into irreconcilable political factions who disagree not only on the interpretation of events, but on what events even took place. They have seemingly separated into two disjoint realities, each with its own facts, authorities, histories, and narratives.”

However, the problem goes beyond political factions—it affects our communication.

“A polarized society, unable to communicate with itself, cannot do very much but ride its inertia. It cannot set its sights on a goal, imagine, or create as a collective. Every problem is too big; nothing can be solved; thus, the helplessness and malaise of society today in the face of ecological and social breakdown.”

Why is this a bad thing?

Because it distracts us from thinking of and executing real solutions. Instead of focusing our attention on the root of our problems, we use so much of our energy arguing.

As Einstein puts it:

“The framing of the issue aggravates the issue, divides the people, and distracts attention from deeper levels of cause.”

Why is the political world rife with polarization?

Politics is not the most conducive environment for ideas and innovation.

The political world requires a strict, defiant, and perceived amount of knowledge for people to take a stance and inspire change.

What’s worse is that politics is scared of creativity.

Politicians are programmed to stick to what works because failure is not an option. And ideas can sometimes fail.

According to political researcher Heather McGhee:

“Politics is an inherently conservative domain, particularly with the structural rules that make it hard to get involved in politics, hard to vote, hard to make office unless you’re wealthy, hard to really feel effective with your legislators.

“So creativity, thinking outside of the box, letting your imagination and your passion and your compassion guide where you go, is seldom what happens in politics. At the same time, the problems that are common to all of us and that deserve common solutions need creativity.”

Ironically, it’s through creativity. If ideas can separate us, it can also bring us together.

We are divided because it’s easier to “split” ideas. Collaborating them together requires more work and patience.

And patient we must all be. If we want to build a better and kinder world, we need to work together through creativity.

According to Srini Pillay, M.D.:

“Mapping the similarities between conflicting ideologies requires analogical reasoning. This requires ignoring the differences and looking for commonalities so that even very disparate ideologies can be joined.”

Pillay believes that “mapping” similarities between different ideas actually trigger our brain’s “key innovation hubs.” The only thing that stops us from doing so is the fear and challenge of “change.”

The truth is, creativity is the step to have a better understanding of the world around us, determine the roots of our biggest problems, and how to solve them.

Creativity, that is, innovation may well be the catalyst to solving our most pressing issues— from climate change, political polarization, poverty, to war.

The day we embrace creativity—an open, empathetic, and communicative space where people come together without bias—is the day we begin to truly change the world for the better

It’s easy to understand why the world is so divided. However, perhaps we are starting embrace change.

Yes, polarization is at an all-time high. But more and more, we see people speaking out more freely, becoming more informed and more demanding of solutions.

“I think we’re experiencing, right now, a population that is growing more diverse, more creative and self-actualizing, and more ambitious and hungry to live up to our highest ideals.

“This is happening at the same time as the structures of our democracy that were created in a very different time to actually concentrate power in the hands of a few are inhibiting America from becoming what I believe it’s destined to become—which is a real new world where all people have met and rejected the idea of racism and sexism and embraced a sense of our common humanity.”

If we continue to connect with each other through sharing ideas and stories, we will be able to connect peacefully and progressively for the sake of a better society.

Sharing ideas, especially to those who have different ones, might be the only hope we have of moving on to a better, kinder future. 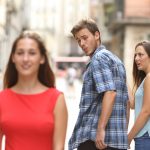 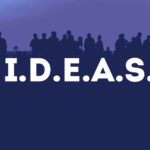