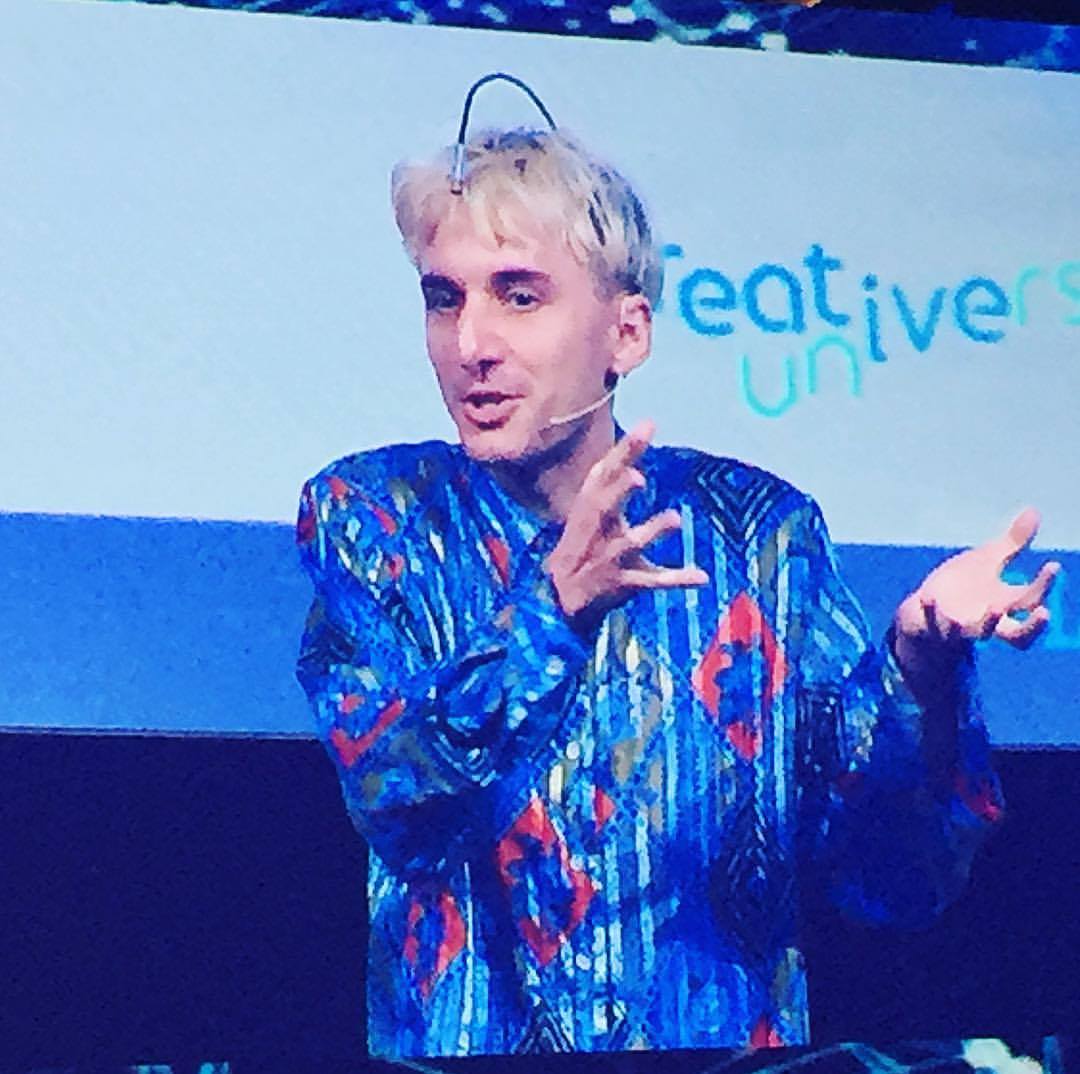 Why this man got an antenna implanted in his skull

Where would we be without technology?

Remember those days when we would need a physical map-book to navigate a new city? Or when we would listen to music through a CD player?

Many of us can agree that our lives have been enhanced by technology.

We all use cell phones to make ourselves smarter. With a tap of our finger tips we can access new knowledge, human connections and directions from our device.

One man takes this relationship with technology to a whole new level.

Instead of being enhanced by technology, Neil Harbisson has become technology.

Neil is a 33 year old artist. He was born in the UK, grew up in Spain and now lives in the USA. Neil is a cyborg who now has an antennae permanently fused to his skull after persuading doctors to perform the medical operation a decade ago.

Neil was born with an extreme form of color blindness. He sees the world in greyscale. Instead of merely seeking to overcome his color blindness Neil, a musician, wanted to find a different way to sense colors – he elected to hear colors instead. The antennae in his head is a sensor that can interpret colors as sounds. Through it, Neil can perceive colors in completely new, cutting-edge ways.

Through one tweak of his body, Neil has literally expanded his universe. His new body part enables the following:

In many ways, because Neil has gained senses beyond that of the ordinary human, you could say his augmentation has offered him “superpowers”.

We met Neil at the 7th Creative Innovation Global 2017 in Melbourne, themed Human Intelligence 2.0. It explored ways of thriving and surviving in an age of acceleration and Neil was part of a panel that stretched our comfort zones and captivated our imaginations for what is possible.

During his keynote, we discovered there can even be delightful social and political implications to the knowledge we can gain from Neil. He can, for example, sense the facial colors as sounds. Interestingly, when Neil listens to the sound of different faces – which he has done with a number of people including Prince Charles and Bono – people whose skin color is usually referred to as “black” actually sound more like dark orange and those who are seen as “white” actually sound more like light orange, so Neil says that the debate between black and white is actually just a complete nonsense – because in fact the human race is comprised of people colored various shades of orange!

But of course, it isn’t all uplifting. Some people have condemned his actions as unethical and even the doctors he originally went to refused to operate on him citing ethical reasons.

He says that what he has done is ethical.

He argues it is a matter for him to experiment with his senses. He draws an ethical analogy between his activism and that of the trans-gender movement.

Neil considers himself as a trans-species. As well a feeling kinship with humans, he also feels connected to species outside of humans – like insects, because they share a body part (the antennae) a part that humans do not share, and also he feels connected to animals who can sense infrared, like he can.

This extension of his body and senses offers Neil an extension of his identity and challenges us to consider why we empathize with some people over others – could one tweak in perception open our hearts and minds to entire new forms of reality and kinship?

In a few months, Neil wants to implant an organ into his head that will let him sense time – a totally different form of sixth sense.

To find out more, watch our interview with the amazing Neil Harbisson here and make sure you check out the hashtag #ciglobal on Facebook, Twitter, Insta and Linked in and find out more at ci2017.com.au:

This man is a real life CYBORG! He has a device planted in his brain! Find out what it feels like. #ciglobal — Cyborg activist Neil Harbisson (Tania de Jong AM)