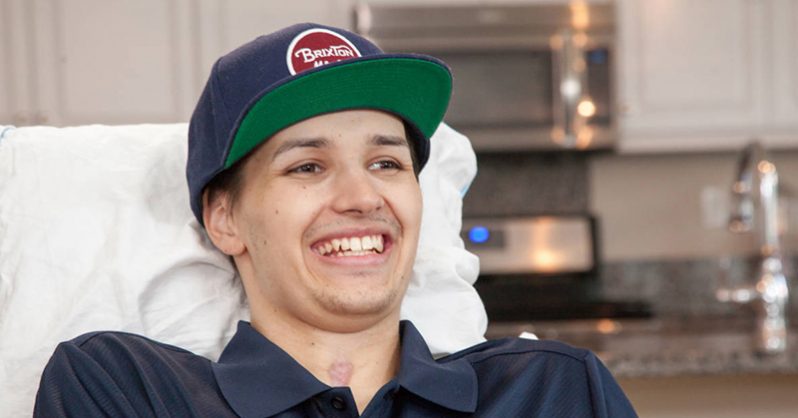 When Kristopher Boesen of Bakersfield regained consciousness after losing control of his car while driving in wet conditions, he was paralyzed from the neck down. The prognosis was grim: he was told that he might never regain control of his limbs again.

But he has. At least some of them. He has movement in his upper body and can use his arms and hands. He can feed himself, text friends and family and even hug them. To him, this means that he has his life back. How did this miracle come about?

Kris was offered the opportunity to participate in a human clinical trial at the University of Southern California and Asterias Biotherapeutics. He is one of five previously paralyzed patients who experienced increased mobility after the trial.

Dr. Liu explained that patients with spinal cord injuries normally undergo surgery that stabilizes the spine but that this generally does very little to restore motor or sensory function. “With this study, we are testing a procedure that may improve neurological function, which could mean the difference between being permanently paralyzed and being able to use one’s arms and hands. Restoring that level of function could significantly improve the daily lives of patients with severe spinal injuries.”

Two weeks after the procedure, Kris began to show signs of improvement. Three months later, he could assume relative independence because now he was able to do personal things for himself like brushing his teeth and feeding himself. Being able to perform even these simple tasks, is a huge improvement on quality of life for him. Even more so his regained ability to use a cell phone, write, operate a motorized wheelchair and hug friends and family.

AST-OPC1 cells are being developed at California-based Asterias Biotherapeutics using embryonic cells and converting them into cells normally found in the brain and spinal cord and whose function it is to support the healthy functioning of nerve cells. The trials are testing the safety of injecting high doses of AST-OPC1 cells.

Doctors have not guaranteed that Kris’ recovery will progress further, but stem cell research is continuing and seems to hold great promise for people living with serve spinal injuries.