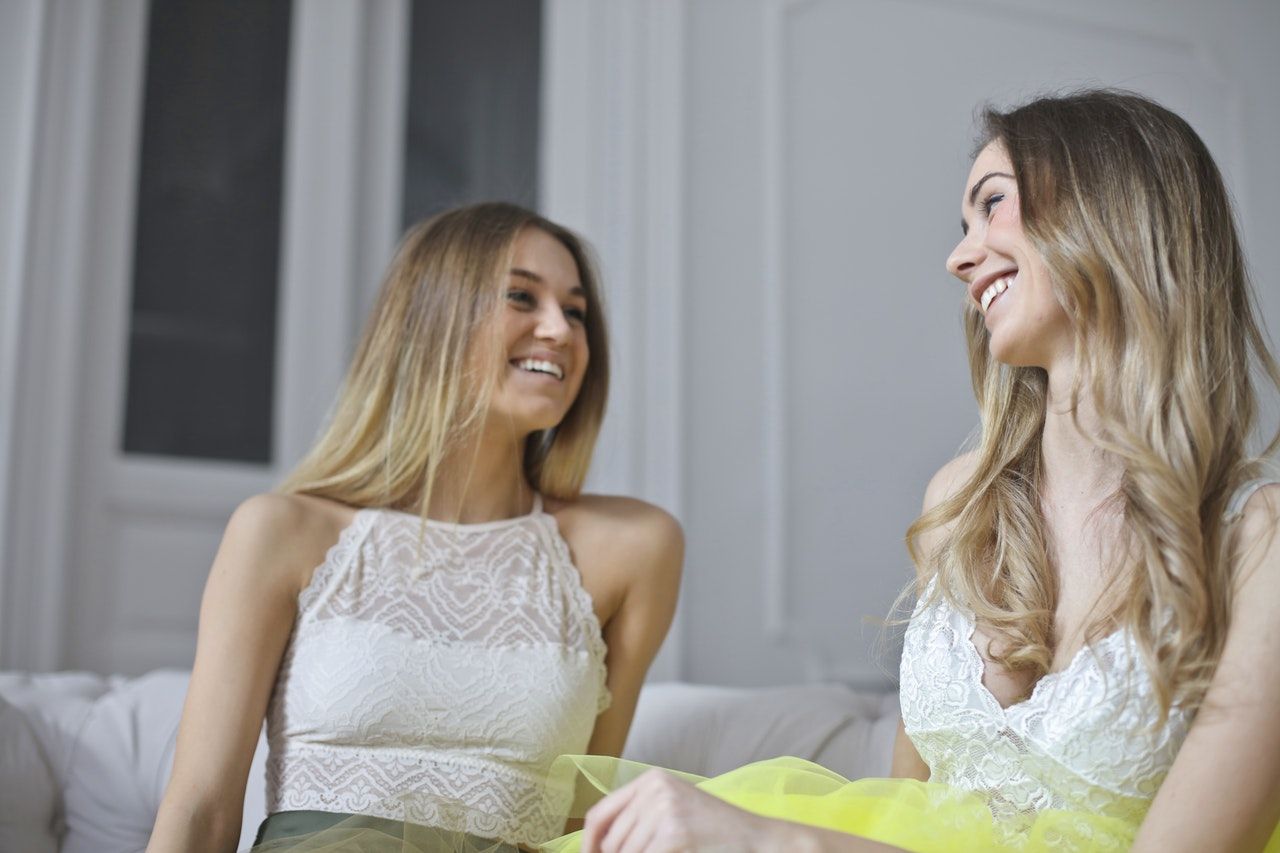 Do you have fake friends? Here are 11 signs that say yes

Science proves that friendships enrich our lives. In fact research shows they can affect our health, stress, and good habits.

However, if you have the wrong sort of friends, the effect becomes negative.

And if you’re not careful, you end up nurturing these toxic relationships in your life, without noticing it.

So how do you know if your friends are real or fake? And why are fake friends bad for your health and well-being?

Why fake friends are ruining you

Vanessa Van Edwards, behavioral investigator and bestselling author of Captivate: The Science of Succeeding with People defines fake friends as:

You wonder is this going to be fun? Was that fun? Is this fun? Those are the ones that take more energy. Those are also the more dangerous ones. They tend to creep in and stay in.”

Edwards adds that these are “the kind of friendships that really drain you.”

This 2012 UCLA research proves that negative social interactions cause stress and an increase in blood pressure and heart rate.

There are also psychological costs, according to Karen Riddell, J.D:

If this sounds more and more like one or more of your friendships, it’s time to take a step back and evaluate if they’re worth keeping

Here are the 11 signs that says your friends are fake.

A little selfishness is normal in someone. But if you’ve noticed your friends always looking out after their own interest, at the expense of others, that’s a red light.

According to Live About:

“Friendship, like any relationship, isn’t always an equal division in who “takes.”

To be labeled a selfish friend, someone that embodies that term wholly means that the times when they put someone else before themselves are rare.

In other words, they take much more of the time and give much less of the time.”

Friends don’t count how much effort they give into the friendship, but it has to be healthy on both sides.

2. Your relationship with them is conditional.

Fake friends only give you attention and support when it’s convenient for them. Otherwise, they won’t waste the energy on you or others.

“Conditional — a requirement placed on a relationship that’s dependent on a certain need being met.”

Real friends will support you no matter what, even if it means sacrificing their time or more.

3. They feed on gossip and drama.

Nothing excites fake people than to talk about other people’s misery. They love it when people have a lot of drama. And they absolutely like to be in the center of it when it happens.

Life coach Tara Myer Robson believes drama-loving friends should definitely not be in your life.

“While some of us hate pointless drama, for some people creating (or engaging in) it is energizing. For others that are Empaths or a Highly Sensitive People (HSP) like me, drama is completely draining.

“Because we pick up on other’s emotional state as well as the effects that certain actions can have on others (such as causing pain or sadness), drama is incredibly painful. Worse, the more you are around a drama-maker, the more that your energy is tuned into their fear, sadness, and anger.”

This kind of behavior is very toxic, and is a sign of relational aggression, which is basically a form of bullying.

4. They act weird when you’re with other people.

Do you notice if any of your friends act differently when you’re with other people? Like suddenly they are “nicer” or more innocent than they are when there’s just the two of you?

Or maybe it’s the opposite. Does your friendship almost feel like a secret?

This is a sign of a narcissistic behavior, which most fake friends have.

You shouldn’t be made to feel like someone is ashamed to be friends with you. And you surely don’t want to be surrounded with people whose mood changes erratically.

5. You have to fake things so they like you.

It’s normal to please the people you love. But if you’re going above and beyond just so your friends like you, then you know something is wrong.

If you have to change who you are just to feel accepted, then your friends are fake.

Don’t try to please these people. Real friends like you for who you are, and they will never push you to do something you don’t like to do.

6. They are pathological liars.

Fake friends are liars. You don’t need math to come up with that.

According to psychologist and therapist Perpetua Neo, some friends do this to gain sympathy, or be the center of attention.

“They may play up the chaotic nature of their lives to get sympathy. They might tell loads of stories that don’t make sense, don’t add up.”

Don’t submit yourself to this dilemma. Real friends are always brutally honest to you.

A fake friend maneuvers every situation to their own advantage. And you might think this has nothing to do with you.

But if your friend makes decisions that are good for them, but bad for you, then you are the one who will suffer in the end. You may as well have no friends.

But don’t be too hard on yourself just yet. Everyone comes across manipulative people at some point.

According to Maria Konnikova, author of The Confidence Game: Why We Fall for It… Every Tim, everyone is vulnerable to fake people. Especially if someone is going through life-changing circumstances.

8. They speak badly of you when you are not around.

Have you heard that one of your friends like to talk badly of you when you’re not in the room? With their propensity for drama, this is not really that surprising.

Real friends wouldn’t do such a thing. Someone who cares about you will not deliberately make you look bad.

Instead, a real friend will defend you when someone insults you in their presence.

Fake friends are easily jealous of you.

They will try to downgrade your achievements as if they are not that important. And they rarely every give you a genuine compliment.

They will want the same things you have. They may even be so competitive about it.

“They want to compete with you, even if you’re not competing with them. Even if you’re in a completely different field, they want the same things you do.”

This type of jealousy may be harmless. But at some point, you also want to be surrounded with friends who appreciate your life.

10. They are overly critical.

Nothing pleases a fake friend. No one is good enough for them. And they like to say it out loud, too.

They often have superiority complex and think they are in a position to be overly critical about everyone else. They notice the tiny mistakes you make and amplifies them.

Add all of these bits small criticisms together, and you start feeling incompetent and bad about yourself. You should realize that what they do has nothing to do with you. Cut them out of your life.

When you’ve realized this, that’s how you know someone is a fake friend.

Fake friends can never be trusted. They sell you out and don’t give it a second thought. Their first instincts is to protect and think about themselves. They will never put you in consideration. This makes them extremely untrustworthy.

Surround yourself with real friends

You have no idea how damaging it is to keep surrounding yourself with negative people. Even science agrees that friends are strongly linked to our happiness or unhappiness.

“A toxic friendship is one that violates the norms and expectations of friendship.

“Friends should have your best interest at heart, stand up for you in your absence, keep your secrets, treat you with respect, be trustworthy and supportive, and be happy for your successes.

“When these norms are not upheld, the friendship may be toxic.”

Real friendships are a blessing in our lives. Instead of wasting your time trying to please the wrong people, go and find yourself real friends.

A study published in the Personality and Social Psychology Review confirms that good friendships not only make us happy, they add to our growth, too.

“We have so little knowledge about why relationships are so important. We emphasize [in the paper] the role of relationships in supporting individuals — not only its ability to help people cope with stress and adversity, but also to learn and grow and explore and achieve goals and cultivate new talents.”

Letting go of a fake friend

If you’ve determined you have a fake friend, the next part is to let them go.

We all know that’s easier said than done. It’s awkward and messy.

How do you do let go of someone you considered a friend?

Campbell thinks that building your self-esteem is the first step:

“The more you work on excelling in valued domains and achieving personal goals, the better you’ll feel about yourself.

“By bolstering your self-esteem, you’ll start weeding toxic people out of your life because their treatment will no longer fit with how you see yourself.”

When you do, everything else will be clearer and easier. And your friend will realize they no longer have the ability to affect you. You may even drift away from each other naturally.

If not, you’ll know how to handle it with grace.

Take this time to reflect on your relationships

Fake people don’t only exist in our friendships. They can be family members, colleagues, or even romantic partners.

The truth is, it is easy to have a fake person in your inner circle. And if you find yourself having feelings of depression, anxiety, or inferiority, you might take this time to reflect on the quality of the relationships you keep.

If you do find that you are surrounded with fake and negative people, don’t be too afraid to confront them or cut them off completely.

When someone is not good for your well-being, it’s okay to be selfish and think about your feelings, too.

“Friends can help each other. A true friend is someone who lets you have total freedom to be yourself – and especially to feel. Or, not feel. Whatever you happen to be feeling at the moment is fine with them. That’s what real love amounts to – letting a person be what he really is.”

Campbell has some advice on how to attract positivity, and then positive friends in your life:

“Make sure your life is balanced, allowing time to devote to working, learning, attending social events, and engaging in self-care.

“You set the example for how others should treat you so be kind to yourself and treat yourself well.”

Remember: you have the complete power to choose the kind of people you surround yourself with. Choose wisely.