The Dalai Lama Reveals the Ultimate Strategy for Dealing with Anger

The Dalai Lama is a man known for sharing wisdom and enlightenment. So you wouldn’t think he’s someone that gets angry.

This isn’t the case. In a recent interview, the Dalai Lama reveals that he’s just like us, and sometimes gets angry.

“You never stop getting angry about small things. In my case, it’s when my staff do something carelessly, then my voice goes high. But after a few minutes, it passes.”

The key is letting go of anger

The Dalai Lama’s words reveal a lot about how to deal with anger when it comes. Often we are told not to be angry, to avoid having these feelings.

However, the Dalai Lama is telling us that it’s okay to feel anger. We’re all human, after all.

The key is this:

Don’t hold onto your anger. Feel it fully, and then let it pass. As the Dalai Lama says:

“Anger or hatred is like a fisherman’s hook. It is very important for us to ensure that we are not caught by it.”

If you’re caught by anger, the danger is as follows:

“Anger is the real destroyer of our good human qualities; an enemy with a weapon cannot destroy these qualities, but anger can. Anger is our real enemy.”

How you can deal with anger

The Dalai Lama has shared his perspective on anger before. He says:

You can’t suppress your anger. Instead, feel it fully, then let it be expressed and pass through you. That’s how to address them.

“I believe that generally speaking, anger and hatred are the type of emotions which, if you leave them unchecked or unattended, tend to aggravate and keep on increasing. If you simply get more and more used to letting them happen and just keep expressing them, this usually results in their growth, not their reduction. So, I feel that the more you adopt a cautious attitude and actively try to reduce the level of their force, the better it is.”

The Dalai Lama writes about how to heal anger in his book Healing Anger: The Power of Patience from a Buddhist Perspective.

Anger arises from a troubled mind 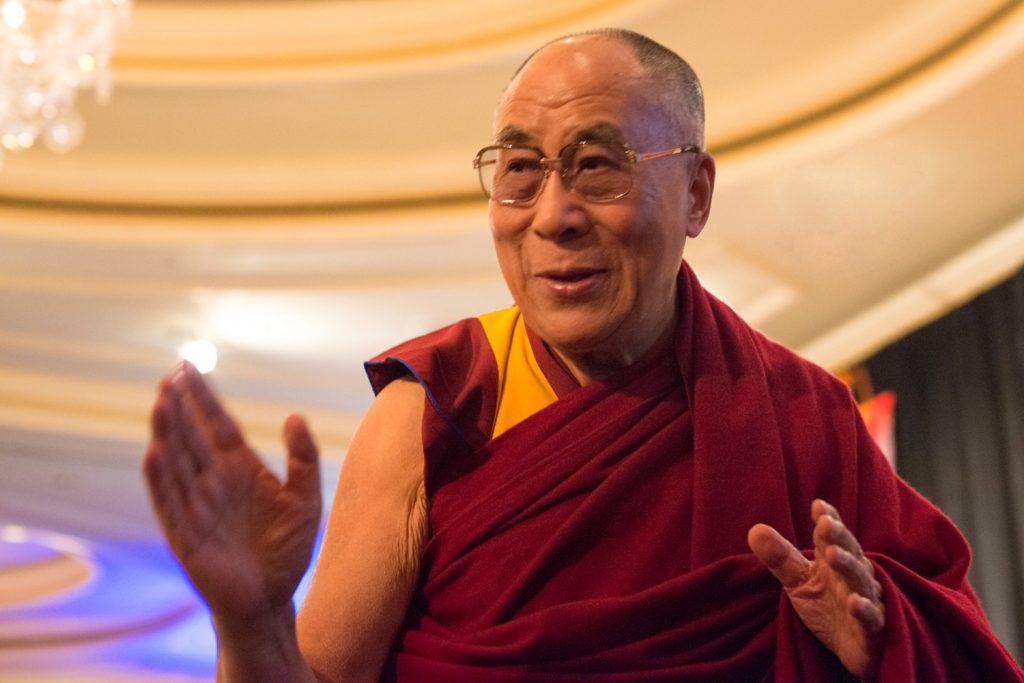 The Dalai Lama reveals more about the how anger arises from a troubled mind:

“Feelings of anger and hatred arise from a mind that is troubled by dissatisfaction and discontent. So you can prepare ahead of time by constantly working toward building inner contentment and cultivating kindness and compassion. This brings about a certain calmness of mind that can help prevent anger from arising in the first place. And then when a situation does arise that makes you angry, you should directly confront your anger and analyze it. Investigate what factors have given rise to that particular instance of anger or hatred. Then, analyze further, seeing whether it is an appropriate response and especially whether it is constructive or destructive. And you make an effort to exert a certain inner discipline and restraint, actively combating it by applying the antidotes: counteracting these negative emotions with thoughts of patience and tolerance.”

This is why patience and tolerance is key.

“Since patience or tolerance comes from an ability to remain firm and steadfast and not be overwhelmed by the adverse situations or conditions that one faces, one should not see tolerance or patience as a sign of weakness, or giving in, but rather as a sign of strength, coming from a deep ability to remain firm. Responding to a trying situation with patience and tolerance rather than reacting with anger and hatred involves active restraint, which comes from a strong, self-disciplined mind.”

If you found this article interesting, you may want to check out the following: