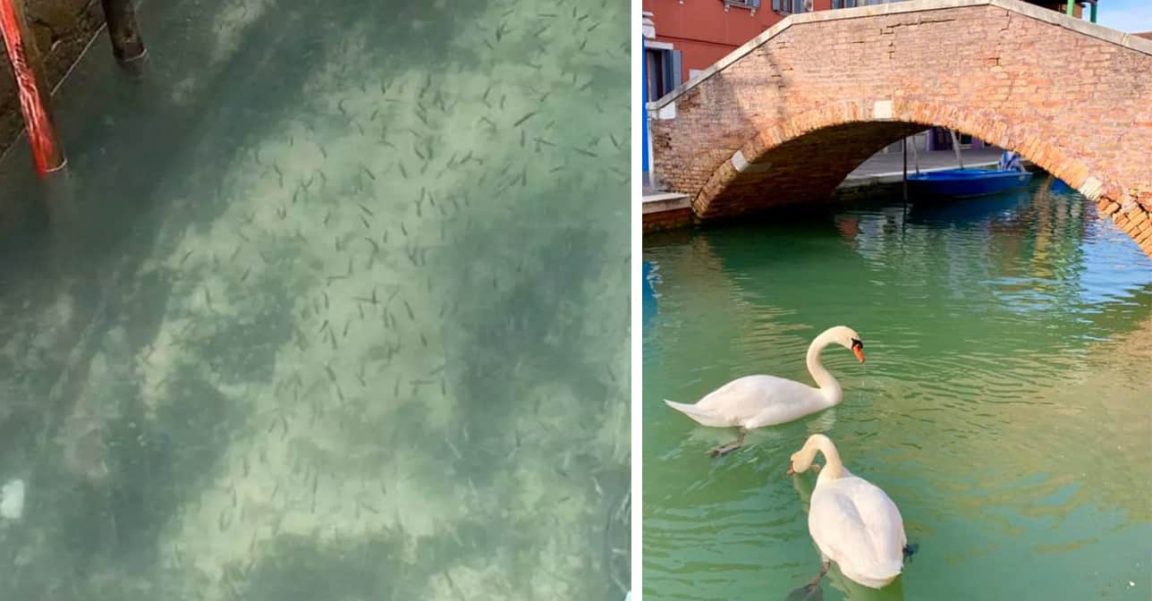 The world-famous Venice canals have clear waters for the first time in years, following Italy’s extreme lockdown measures due to the coronavirus outbreak.

The country has put its multi-billion tourism industry to a screeching halt. As a result, boat traffic in the canals is virtually non-existent. The usually-murky and debris-prone waters are now crystal clear.

Photos and videos uploaded by Venice locals show a picturesque scene with swans peacefully floating around and dolphins swimming playfully. The water is so clear, you can see fish swimming right through it.

But while the pretty picture is a welcome development, the change is not particularly due to better water quality. It’s simply because the water is currently undisturbed.

According to a representative of the Venice Mayor’s office:

There is, however, one good news on the environmental front: the same spokesman said that air quality in Venice has improved.

“The air, however, is less polluted since there are less vaporetti and boat traffic than usual because of the restricted movement of resident.”

But these unexpected changes are not only seen in Venice. All over Italy, wildlife is seen re-entering its usually human-occupied spaces. A dolphin was seen swimming along the port of Calgary, one of Italy’s heaviest-trafficked ports, which is usually handling around 50 million tonnes of cargo.

The news have started a discussion about the virus and its positive effects on the environment. People have gone to social media expressing their differing opinions on what this could mean for our future.

Some users said that these environmental changes are only proof of the positive and immediate effect of swift human action:

One thing that gives me hope is how quickly mother nature is responding/recovering. Water clear in Venice canals and swans back. Dolphins on coasts. More birds around with less cars. Huge drop in pollution. Big lesson for us all. We can save our planet if we act NOW.

As bad as #CoronavirusOutbreak is, it's really showing the effect humans have had on the #environment. Wildlife has returned to previously traveled waters, even the water in Venice is now clean and clear. It's giving the world a chance to breathe and repair. pic.twitter.com/pxA01HkRfa