Alicia Keys MasterClass Review: Is It Worth It?

Released just one ago, Alicia Keys’ MasterClass is the latest online course on the biggest learning platform on the internet, MasterClass.

As a fan of Alicia Keys and MasterClass in general, I checked it out right away to see what all the hype was about.

So is Alicia Keys a new MasterClass favorite?

Here’s everything I experienced in this short but insightful Alicia Keys MasterClass. I’ll also answer the all-important question: is her class worth your time and money?

Why I decided to check out the Alicia Keys MasterClass

Before anything else, let me say: I’m not a musician.

I’ve had enough childhood music lessons to play a few basic chords on the guitar, and I can sing the Do Re Mi Sound of Music hit, but anything beyond that and I’d be way in over my head. And my level of music knowledge is perfectly fine with me; I don’t ever intend to write a song or start producing music professionally.

But when it was first announced a few weeks ago that the next full online course MasterClass would be taught by Grammy award-winning music sensation Alicia Keys, I knew I’d be signing up for it on day one.

As David Rogier, MasterClass founder and CEO said himself, “Alicia is simply a legend.”

So how can you say no to being taught by a true legend? Regardless of the exact specialization or insight of someone you can truly consider a legend, you can bet that it’s more than worth your time to take a few hours and truly listen to what she has to say.

Because Alicia Keys is more than just another popular singer-songwriter. She’s been a mainstay in the music industry for decades — an industry notorious for eating musicians up and spitting them back out in an endless conveyor belt of one-hit wonders and trending genres.

The way Alicia has held onto her fame and stardom is simple: she proved herself as a one-woman hit-maker.

Whereas most music these days is made by an entire production team consisting of multiple crews, Alicia Keys writes and produces music herself, and that has turned her into a true force to be reckoned with.

But there was another reason I signed up for Alicia Keys’ MasterClass, despite having little to no interest in seriously learning how to make music: it’s not really about the music.

Judging by the course curriculum (and my experience now having completed the course), I can tell you that this course doesn’t focus on the step-by-step intricacies of music creation in the way other MasterClasses do. In fact, it’s not really a course you might suggest to an aspiring musician looking to refine their music-making skills.

This MasterClass focuses more on Alicia Keys’ general philosophy on creativity, productivity, and artistry. She doesn’t teach you the way a music teacher might, explaining every little detail to get you past certain learning milestones.

Alicia Keys’ MasterClass is something different — an entirely more holistic experience that a much wider audience can appreciate. And as another kind of creative (and someone who always enjoys learning), I knew immediately that this would be a course to remember.

MasterClass are currently offering a special 2-for-1 deal — buy an annual membership and gift one to a family member or friend. Check out this deal here.

What Alicia Keys’ MasterClass is all about

Clocking in at slightly under 3 hours and a half, Alicia Keys’ MasterClass is definitely on the shorter end of the general MasterClass experience, so it shouldn’t really surprise you if you don’t get a full “This Is How You Make Music” step-by-step breakdown.

After all, if you only have 3 to 4 hours of a music legend’s time, do you really want them to spend a single minute explaining concepts that any music teacher could teach?

Of course not; you want the insight that Alicia Keys and Alicia Keys alone can share, and that means learning about stuff you wouldn’t normally expect.

So what do you learn then with this MasterClass? Here’s the lesson plan breakdown:

Each chapter of the lesson plan is its own HD Netflix-quality video, ranging anywhere from 5 to 20 minutes.

As you can see with the lessons, Alicia Keys’ MasterClass offers so much more than simply making music. It’s an exploration into the mind of someone who has broken barriers, pushed herself way beyond anyone’s expectations, and achieved more than she ever thought possible.

Who Is Alicia Keys’ Songwriting and Producing Masterclass for?

What makes MasterClass so great (and so successful) is that the platform gives students the experience of, “If you could have anyone in the world teach you about their exact field, who would it be?”

It’s the reason people attend the best universities, or sign up for workshops and seminars taught by renowned professionals: because we always want to learn from the best of the best.

So you’d expect that Alicia Keys’ MasterClass would be one of the best resources on the internet for learning how to make music.

While Alicia Keys does discuss music, she spends more time discussing her personal philosophies, techniques, strategies, and experiences. This class is less along the lines of, “Here’s my formula” and more of, “Here’s what I think; do with it as you will.”

And I think the reason for this is that making music isn’t as systematic as writing, cooking, or other skills highlighted on MasterClass. You can’t really break it down to a formula; there’s no exact science behind making global music hits that connect with millions of listeners worldwide. Anyone who tells you this would be lying, which is why I’m happy Alicia Keys doesn’t pretend to be doing exactly that.

In short, you would enjoy this MasterClass if:

If you go into this MasterClass thinking you’ll come out of it with an exact answer to the question, “How can I write an amazing song?” then you’ll definitely be disappointed, because that’s not what this class offers. But what Alicia Keys does offer will give you so much more.

Alicia Keys is an awe-inspiring artist and her MasterClass makes it easy to see why she’s a crowd favorite.

For starters, she’s an incredibly well-rounded musician. There are people who understand music, people who make music, and people who perform that music — Alicia Keys is all of those people in one.

If you’re unfamiliar with Alicia Keys and her role in the music industry, it’s worth noting that her position in the industry is unrivaled. In her 2002 debut, she won Grammy Awards for Best New Artist, Best R&B Album, and Best R&B Song. Since then, she’s bagged several other awards including, most notably:

As I mentioned earlier, her MasterClass is not going to dive deep into the technicalities of music (there are other courses better suited for that, like deadmau5), but she does go into something most artists don’t publicly explore: finding your position in an increasingly saturated industry and empowering marginalized artists.

That’s a unique value that Alicia Keys’ MasterClass offers: her humanitarian side advocating for women in music which re-presents the industry in an interesting and more human light.

I like that she doesn’t shy away from what’s happening in the music industry and instead explains it so more people understand the challenges of being an artist. This, to me at least, is far more valuable than any technical skill because it gives musicians a fresh perspective on what it’s truly like to grind as a musician.

Again, I’m not a musician but something about Alicia Keys inspires me to want to write music. As an instructor, she’s absolutely captivating, charming, and engaging. Going through her MasterClass is like talking to a really good friend with whom you have conversations that you never want to end.

Although she doesn’t really go into the specific technicalities of music production and creation, there is something about her MasterClass that makes you want to start learning just for the love of music.

Everything you get with Alicia Keys’ MasterClass

Like other MasterClasses, Alicia’s is broken down into numerous video lessons. Here’s what you can expect when you sign up for Alicia Keys’ MasterClass:

Most MasterClasses have a PDF workbook for assignments. Think of it as an actual, printable workbook with supplementary lessons and exercises.

Alicia Keys doesn’t really have the same workbook as the other courses. For instance, Timabaland’s MasterClass even involved short audio clips so people could practice on their own.

Instead of exercise material, she has a 16-page book that is more or less a biography detailing her experiences, her thoughts, and her inspiration. If you want step-by-step instructions on how to create music from scratch, you won’t get it from her MasterClass.

Instead, you get a closer look into Alicia Keys The Produce, Artist, and Advocate. You get a clearer idea of her creative process as well as her influences. I imagine this more personal take is incredibly helpful for a struggling artist who has no idea on how to frame their very own musical identity.

Since I more or less knew that this MasterClass was more on the creative aspect of music making rather than the technical aspects of it, I wasn’t really disappointed to see that the workbook is an extended introduction to Alicia and her personal music writing style rather than an instructional guide to music production.

One of the more valuable insights from Alicia Keys’ MasterClass for both musicians and non-musicians are the video lessons where she deconstructs her hits.

In her videos, she walks you through her personal studio, starting with lyric development then recording and vocals then production, all under one roof.

In these video lessons, she breaks down her hits into a science, discussing the different elements and influences that went into the production of her genre-defining hits. As a fan of Alicia Keys, being able to pick her brain and understanding what went into its creation is an invaluable resource; as a fan of learning and creativity, this is an amazing insight into a proven artist’s process, methodology, and experience.

Is Alicia Keys’ MasterClass Worth It?

I think the most important question to ask yourself before getting the program is, “What do I expect to learn?”

If you’re looking for detailed instructions on how to write the next Empire State Of Mind, you won’t really get that with Alicia Keys’ MasterClass. I can’t say this enough: this course was never meant to be a point-by-point guide on the nuances and technicalities of songwriting and music production.

You don’t get Alicia Keys The Instructor. You get Alicia Keys the Visionary. What you get is a comprehensive breakdown (or deconstruction) of her creative processes and a close look into her personal genius.

At the end of the course, you understand why she thinks the way she does, and what sort of influences and experiences shaped her to become the amazing artist she is now.

Is it worth it? It definitely is.

Alicia Keys is an amazing performer with a lot to offer, and her MasterClass is no different.

What is an authentic life? A powerful essay on authenticity 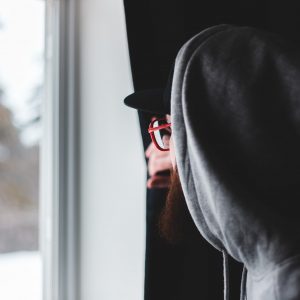 Being alone: 4 steps to finding peace and fulfillment in loneliness