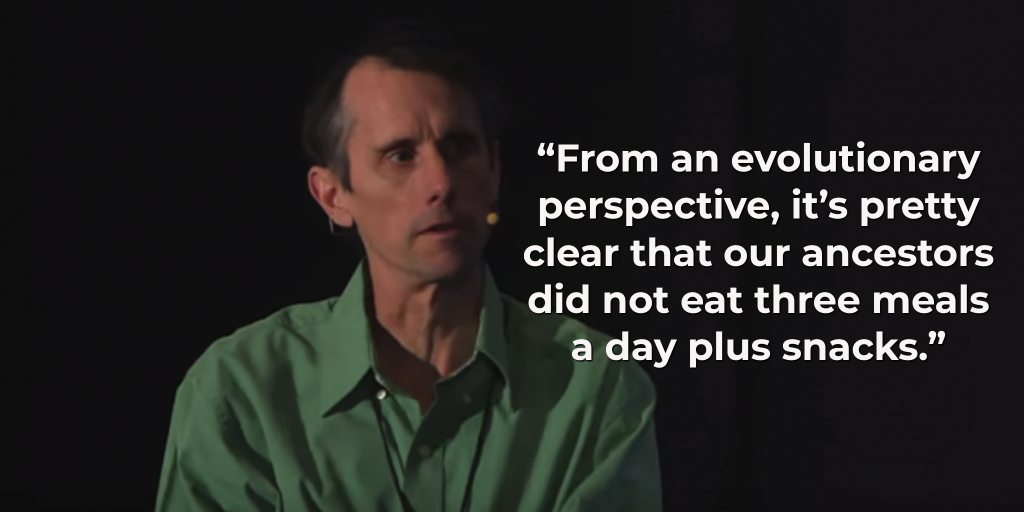 It’s the one thing that appears on almost every New Year’s resolution list time and time again: dieting.

Dieting is the bane of our existence and our obsession all wrapped into one neat little package. We love and hate it.

We torture ourselves trying to create the perfect body, and while humanity has created amazing things throughout time, the one thing we haven’t figured out yet is how to live a healthy lifestyle.

We haven’t come to a consensus as a species about what healthy even looks like. There are new diets popping up around every corner, and more and more people are spending more and more money trying to make themselves happy by losing weight.

One diet regime, which has actually been around for as long as anyone can remember, might have positive impacts on our mental states, as well as our physical states: fasting.

“From an evolutionary perspective, it’s pretty clear that our ancestors did not eat three meals a day plus snacks.”

Why intermittent fasting might be the key to good health

Okay, don’t freak out. While fasting is an “F” word, it is not as bad as it sounds.

Many people are adopting fasting protocols as a way to manage their blood sugar, control insulin levels, and clear the fog that heavy, greasy, and fatty foods have left behind in their minds.

If you’ve ever eaten a giant cheeseburger and then immediately wanted to take a nap, you know what we’re talking about.

Fasting has been around since the dawn of man and has its place in the history books, and religious ceremonies, as a way to cleanse the body and prepare it to receive good things. There are numerous evidence-based benefits of intermittent fasting.

Mark Mattson, the chief of laboratory neurosciences at National Institute of Aging, says he hasn’t had breakfast in nearly 40 years.

What? But society has been bombarding us with the message that breakfast is the most important meal of the day for eons!

No wonder people are confused about how to take care of themselves.

If a scientist isn’t eating breakfast, why should we?

Instead of eating at socially-accepted mealtimes, Mattson eats all of his calories in a 6-hour window each day.

He consumes as much food as we do, but he doesn’t space it out the way we do. He didn’t start this regime to lose weight; instead, he wanted to know if fasting could make people smarter.

If we weren’t worried about food all day, what could we focus our energies on instead?

The study, conducted by Mattson, involved 40 mice. The group of mice ate the same amount of calories over a period of time, but half the mice ate those calories every other day, while the control group ate every day.

What he found was that the group of mice who ate calories every other day had higher levels of BDNF in their brains, which is a brain-derived neurotrophic factor, which is like fertilizer for the brain.

Check out his TED talk here which describes exactly why intermittent fasting makes you smarter:

But it’s hard to know if the findings of one lab study on mice can have the same effect on people.

Although, many people who have tried intermittent fasting will tell you they feel better, and they’ve lost weight.

Skeptics will yell things from the rooftops like “don’t starve yourself to look better.” But that’s just ignorant. People who fast aren’t starving. They are eating as much as everyone else, but how they are eating is different.

Most people graze like cattle all day on whatever is available to them.

People who participate in fasting eat for a certain period of time and then stop.

Fasting comes in all shapes and sizes, just like people, and the trick is to find out what works for you, and not worry about what everyone else is doing.

If you are worried about body image and want another reason to cite as the reason why you are only eating in a 6-hour window a day, start telling people it’s because you want to be smarter.

Chances are, they won’t have a snarky comeback for that. Here’s a thought: if you don’t want people to know you are fasting, don’t tell them.

The truth is that it’s nobody’s business what you eat and when, so you do what you have to do. And who knows, you might find yourself feeling better, looking better, and feeling sharper than ever before.

This article was originally published on Hack Spirit and is republished here with permission.