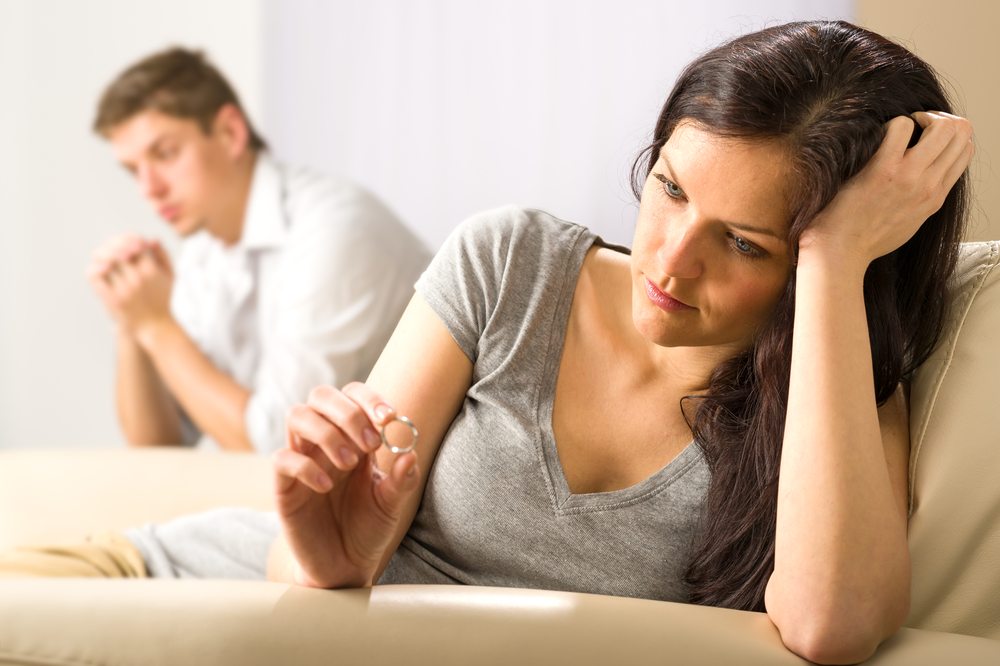 7 most common reasons for divorce, according to science

If you are thinking about getting married, or if you are searching for ways to improve and even save your current marriage, there are a few things that can predict the success of your marriage overall.

Here are 7 things science says can predict divorce amongst a married couple.

Research suggests that couples who married in their teens or their mid-thirties are more likely to get divorced. This seems reasonable given that most teenagers aren’t even who they will be in life yet, and most 30-somethings are often trying to reinvent themselves and make big career moves.

Want to improve the chances of marital success? According to science, getting married in your twenties is the best option.

A study found that after age 32, odds of divorce increase by about 5% each year. The lead researcher was stated as saying that, “for almost everyone, the late twenties seems to be the best time tie the knot”.

Studies have shown that when one partner doesn’t hold down a full-time job, the couple is more likely to become divorced. This makes sense given that it is very hard to support two people, or more, on one income, and if one person is the “breadwinner” in the relationship, it can lead to contempt, animosity and even divorce.

Putting the pressure on one partner to hold down the fort financially is difficult and can leave the other partner feeling unneeded in the relationship.

Psychologist Eli Finkel sums up why this might be the case:

“What I think is going on is it’s really difficult to have a productive, happy marriage when your life circumstances are so stressful and when your day-to-day life involves, say three or four bus routes in order to get to your job.”

4) Keeping Things To Yourself

If you don’t talk about things that are bothering you, you’ll find yourself in divorce court faster than if you take the time to discuss your problems, concerns, worrying, and family issues. Couples who quietly loathe their partners, rather than discussing their issues, are more likely to get divorced.

According to psychologist John Gottman, these 4 behaviors tend to predict divorce:

1. Contempt: Seeing your partner as lower than you.

2. Criticism. Questioning your partner’s character by their actions.

5) Letting the Flame Die Out

While hot and heavy seems like a great way to start a marriage, it can put a lot of pressure on the rest of the relationship to stay that way.

A research study found that couples who were overly affectionate towards one another often resulted in divorce 7 years later.

Every marriage goes through periods of ups and downs in their love life, and couples who expect that things will always be like that when they got married often get divorced.

Setting expectations related to sex and intimacy early on can really put a damper on things when kids come along, jobs get in the way, or life happens in general. Couples who think the honeymoon phase will last forever are sorely mistaken.

Psychologist Aviva Patz explains it: “Couples whose marriages begin in romantic bliss are particularly divorce-prone because such intensity is too hard to maintain. Believe it or not, marriages that start out with less ‘Hollywood romance’ usually have more promising futures.”

6) Not Communicating With Each Other

Every couple has its share of arguments. Those who want to remain married put the time and effort into the overcoming arguments and disagreements.

Those who shut down and can’t communicate their feelings are less likely to succeed in marriage, according to a 2014 study.

It makes sense: if you can’t talk to your spouse, who can you talk to? If you want to have a long and happy marriage, get used to talking about the good, the bad, and the ugly together.

A study in 2000 found that the level of positivity or negativity one used to speak about their marriage tended to predict the strength or weakness of their marriage.

If you have trouble saying nice things about your partner, it might be best for you to part ways. If, however, you want to improve your marriage success rates, try saying something nice about your spouse first. You know the rule: If you can’t say something nice, don’t say anything at all. Negativity breeds negativity.

Being married is hard work. It takes a long time to figure out what works and what doesn’t work. Those couples that stay married are the ones who are willing to continue to try to figure out what works instead of focusing on what doesn’t work. Couples who are willing to work on themselves and their marriage are more likely to remain together for years to come.

NOW READ: Philosopher Daniel Dennett teaches you how to argue intelligently, in 4 steps

We have taken off advertising from all of Ideapod. Now, you’ll only see us promoting our own free masterclasses, workshops, and eBooks.

It was difficult to say goodbye to such a lucrative source of funding. But we wanted to practice what we preach.

Ideapod has become a trusted resource for people who are sick and tired of living in a superficial society. Everything we share in our masterclasses and workshops is about helping people to build a deeper connection within so we can live authentic and fulfilled lives.

Instead of making money from advertising, we have turned to our community for help.

If you find what you’re learning on Ideapod to be valuable, please consider supporting us by becoming a Tribe member.

When you join the Tribe, you get immediate access to all of our eBooks (worth hundreds of dollars). You also get special offers for our workshops and can access all of our articles.

Most importantly, you’ll be joining a supportive community of people who have made the commitment to take their power back from a system that so often leaves us exhausted and frustrated.

For the cost of a small meal, you can show your support for our work. Thank you.